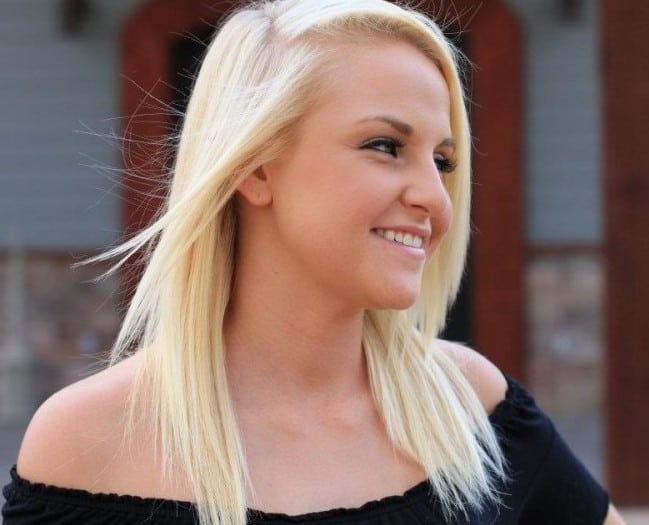 Donate In Memory of Ashlyn

Since December of 2014, Ashlyn Kiwala has fought one of the most courageous battles against brain cancer that the world has ever seen. On March 18, of 2018, Ashlyn didn’t give up, but rather came to terms that it was a battle that she wasn’t willing to fight until the end of time. Instead, she chose to enter the gates of heaven, free of pain and suffering where she is rallying with her friends and family. Ashlyn was a Masters’ degree recipient hailing from the great Southern Illinois University where she graduated with a 4.0 GPA and was a graduate assistant for the Public Relations Student Society of America, an organization she loved. Ashlyn dreamed of being a crisis communications director. Life had another plan for her when she met her husband, Johnathan Kiwala. Their first encounter with one another left her less than impressed with John. However, he was able to show her another side of him and ultimately won her over. They walked across the stage together to received both their bachelor’s degree and Masters’. They got married on August 3, 2012. They adopted their rescue dog, Molly, who became their fur child. Two years after being married, Ashlyn was diagnosed after suffering from debilitating headaches. Showing her amazing strength and courage, Ashlyn underwent radiation and chemo-therapy while working full-time, driving herself to radiation during her lunch break and back to work after. Over the past 4 years, she had 4 brain surgeries and was on several more treatments she completed every one of them with a smile and a polite “thank you” to those treating her.

Born in Hermosa Beach California December 15, 1987, Ashlyn loved to be known as a California Girl. Growing up, Ashlyn’s amazing parents Daniel Hegg and Judith Hegg (Kozlowski) raised her to be the kindest, most caring person anyone would ever meet. Her parents were there to help her in every aspect of her life, from parent-teacher conferences, 1st day of school, to taking her to cancer treatments every week. Ashlyn loved everything Disney, animals, smiling, her husband, and spending time with her amazing group of childhood and college friends. She especially loved spending time with her brother Ross Hegg, sister in-law Becky (Slania), and her niece and God daughter Mia and Nephew Mason Hegg. Also, mother in-law Pamela Nelson (Etzel), her brother in-law Michael Braddy, sister in-law Andrea Braddy (Drish), Nephews Harrison and Leo and niece Vivienne Braddy and her grandmother in-law Darlene Etzel (Steen).
Over the course of Ashlyn’s diagnosis, thousands of people prayed for her from all over the world, said sermons, masses, lit candles, and provided support to her. Organizations such as Michael Matters and BrainUp rallied around her to lift her up. Ashlyn is survived by her husband Johnathan Kiwala, who loved her more than all the stars in the universe and more. She would like to thank the doctors from Northshore University Health Systems and especially Doctor Ryan Merrell, who never gave up on Ashlyn.
A GoFundMe has been set up by Ashlyn’s friends to raise funds to pay for end of life preparations. www.gofundme.com/ashlynk. Funds raised outside of need will be donated to the Michael Matters foundation and BrainUp on Ashlyn’s behalf. Pleasant bunny dreams our baby girl.